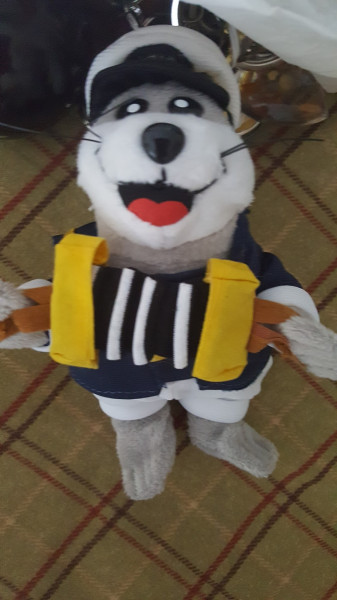 Been dealing with a workplace shooting and with the Pulse massacre anniversary just days away, the vibe around town is very on edge. So here's hoping that posting about keychains will cheer me up. It sounds trivial but life is made of these little things.

I really liked this seal dressed like a captain with an accordion. Seriously, who wouldn't? I could tell he made some sort of noise since he was hard in the middle but I decided to roll the dice and buy him first, and listen later. When I went to make my purchase, the lady was like you know this plays music, right? She pressed the seal and he played a merry German sounding song. She seemed surprised I didn't know the song and told me that anyone in Hamburg would know it because they used to play it when "women for money" (her exact quote) were available. So yeah, I've got a keychain that is a seal dressed like a boat captain with an accordion that plays hooker music. Enjoy!
Collapse