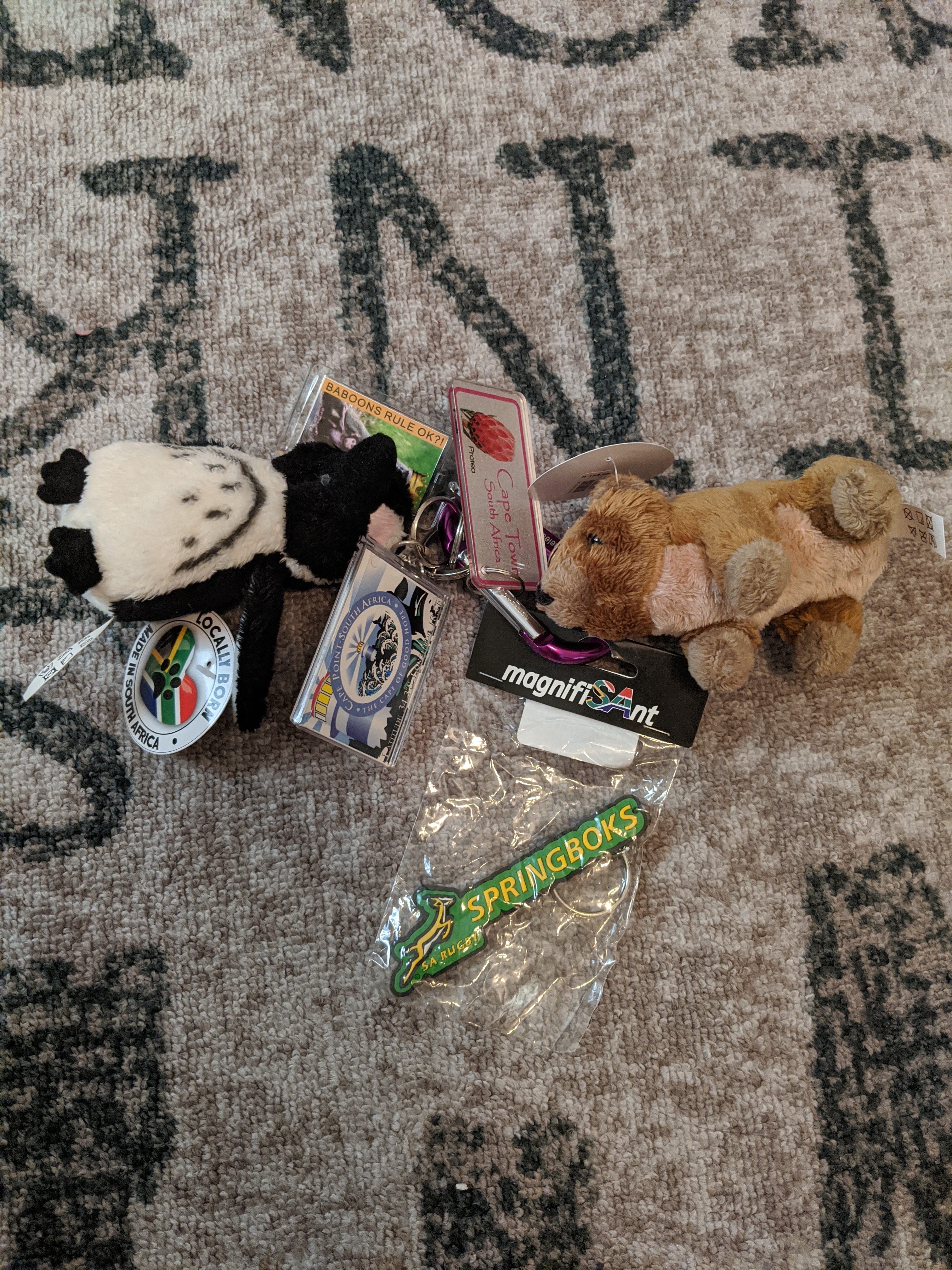 Here are my South African keychains! I picked up the penguin my first morning watching the penguins at Boulders Beach. The conditions ended up not being right for swimming with them but there were tons of penguins close by to watch. Several females were laying eggs and one had small fluffy babies that had just hatched! It was really lovely and fun to see beach penguins. And this penguin keychain was the very last one at the gift store so I was obviously meant to have it :) 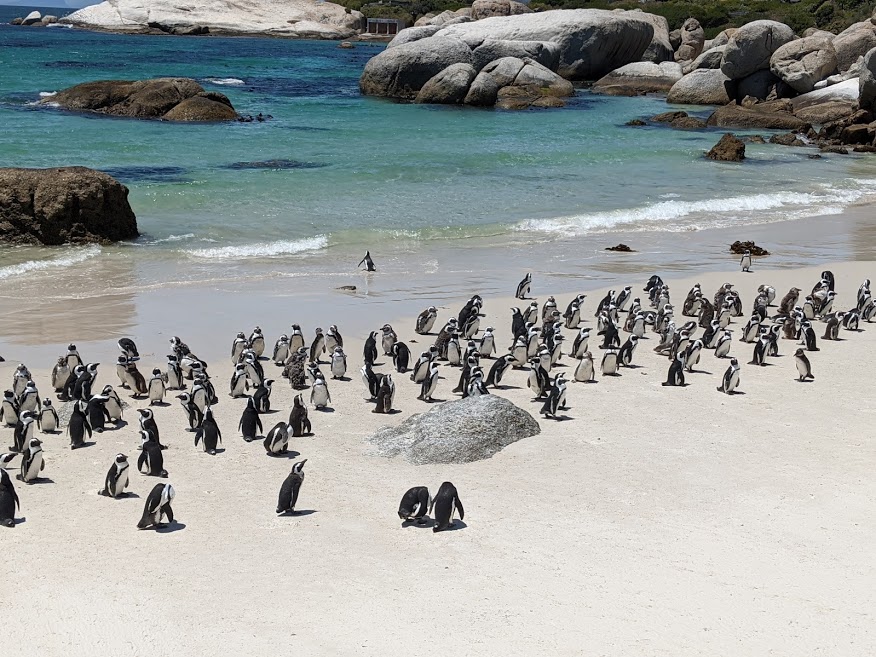 I was torn on the keychain that looks like a bear because there are no bears in Africa. It's actually a rock hyrax or as the locals call them, a dassie. I have always wanted to see one up close because they're the closest relative to manatees and elephants alive today. They're so ancient that I imagine they are what our earliest mammalian ancestors were like in the days of dinosaurs. Dassies can't regulate their body temperature like modern mammals and they nurse young out of their armpits. Really incredible! Anyway, I saw bunches of them on Table Mountain but of course as soon as I spied one, my camera died despite having a full charge. Luckily Josh took up the slack and took the millions of pictures I would have taken myself. It's unfortunate that the keychain version looks so ursian but I knew I would regret not buying it and I know what it is and that's what counts. 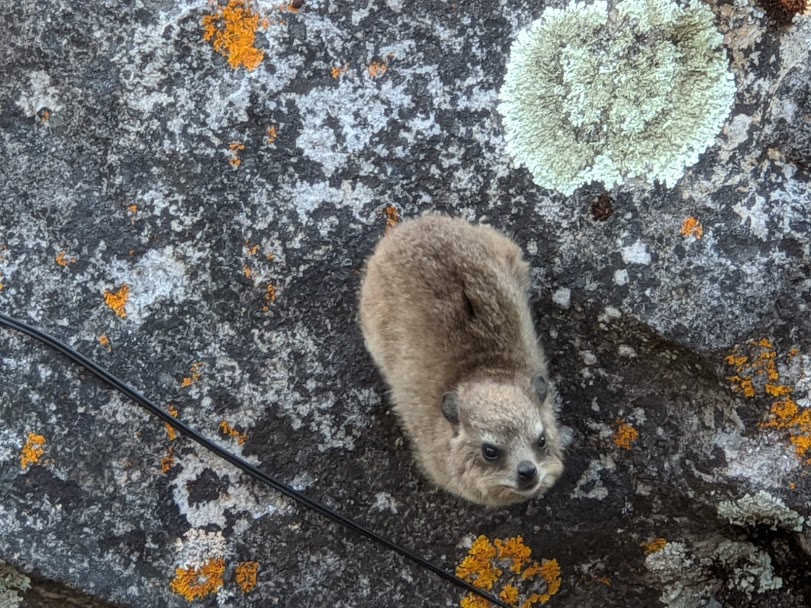 The three rectangular ones are from the Cape of Good Hope. We saw lots of baboons in the street which really reminded me of being a kid but it was Josh's first experience with something like that LOL. I just had to get the baboon keychain when I saw it! It was a really pretty day and there were lots of keychains to choose from. I'm glad I got one with the national park logo which is something I like. The protea is the national flower of South Africa and I learned that about 80% or so of the plant life in that region is Heather plants so it seemed a natural fit for me :) 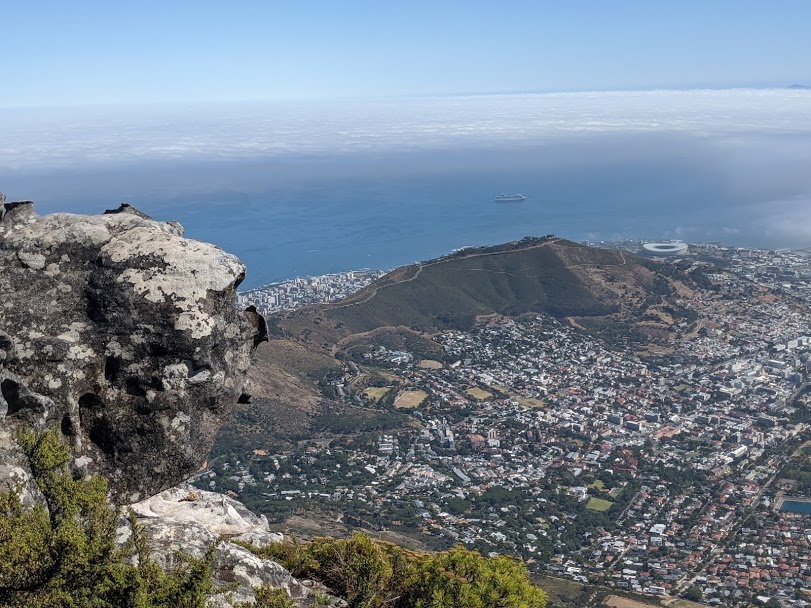 The springbok keychain I found in the airport on my way home. Talk about a strange airport but it had a really pretty view! All in all, it was a wonderful trip and I feel grateful to have finally gone when I did. I recommend it to everyone!
Collapse